This is what the club's new book looks like... 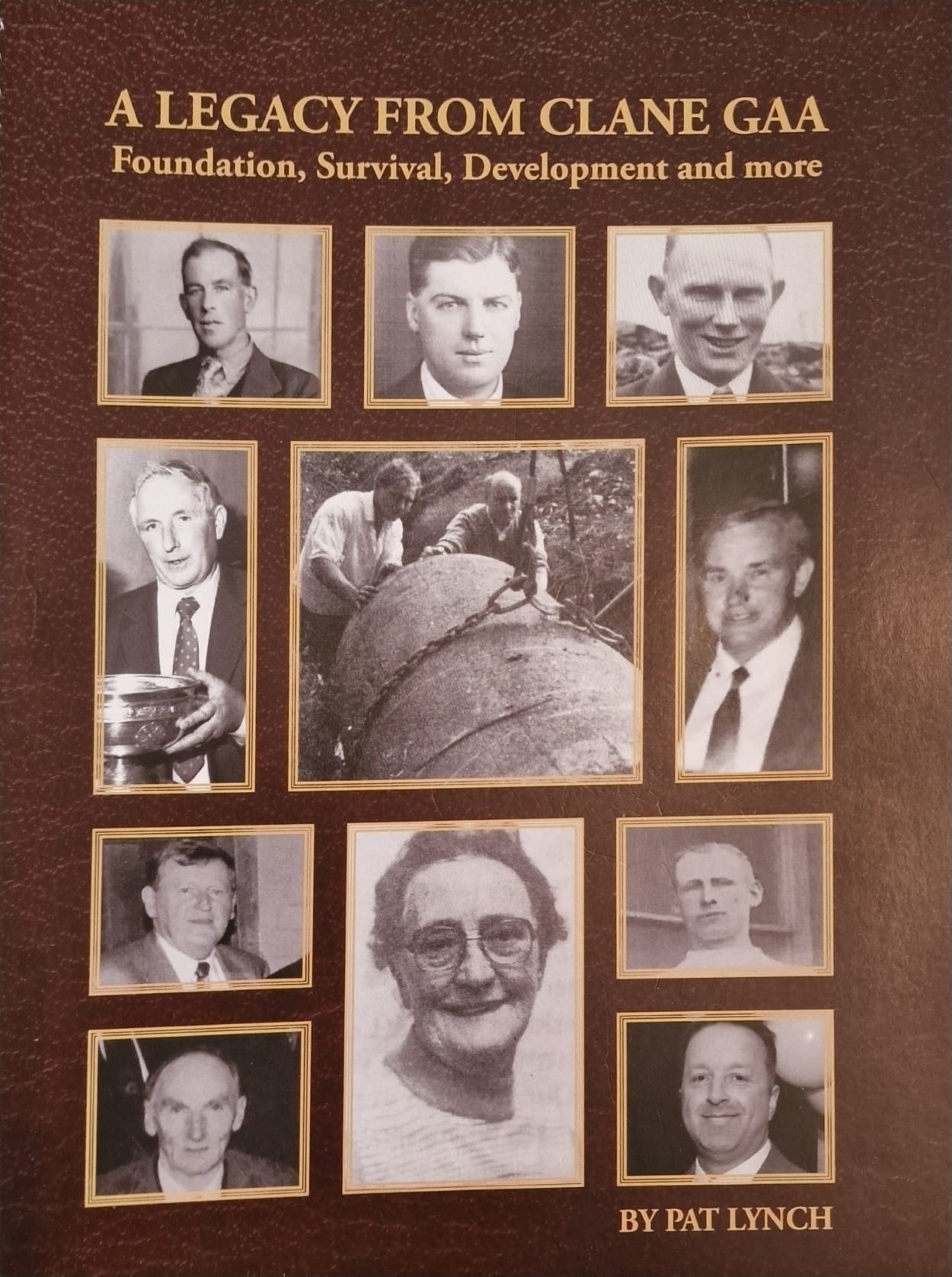 Late 2021 we published a news article to inform members about the impending launch of Pat Lynch&amp;amp;#x27;s new book. Well I am delighted to say that the day is almost here.

Earlier this week I joined Pat Lynch to talk about the upcoming launch of his new book and to find out what treasures of information he has in store for us. Find below a transcript of our chat. It certainly has whet my appetite and I for one cannot wait to get my hands on it.

Pat, why did you write this new book?

There are 2 main reasons it was written

a. to pay tribute to those who made major contributions to the development within the club mostly chairman.

b. as a fundraiser for the current development. Club officials said they needed a million euros to develop the playing facilities for all of the children boys and girls teenagers and their young parents who have chosen Clane as ‘a good place to live’, a safe place to lead their children to become responsible adults.

So Pat, will this book earn a million euro?

No, but with the support of our members, our community and diaspora, it certainly will help!

Can you tell me a little bit about who are the people on the cover?

The two men in the centre who appear to be rolling a big stone up a mountain are in fact piping the river that runs under the main pitch at the present time; did you know such a river existed? How a river could be tamed with such efficiency….. hopefully the answer is contained in the book it's a long story.

Who are the others on the cover?

They are mostly chairmen who were prepared to put a foot forward and take on major responsibility on behalf of their community; most of them have passed, their lives work completed. They have left us a legacy.

Who is the lady?

She is the person who founded the ladies committee. What a contribution those ladies made during the seven or eight years of the carnivals in Clane with the marquee dances 3 nights a week to 2am in the morning; their major contribution is regarded by many as ‘the best dream come true’ in the history of the club; for years they provided meals on special occasions often for 300 people.

Who was the gentleman wearing the lillywhite jersey?

That is Larry ‘Hussey’ Cribbin and the grandfather of present supporters Lar Cribbin, Peter, Frank and their sisters and brothers. Larry ‘Hussey’ Cribbin, Footballer and Hurler wore the white of county Kildare for 20 years. He won two football All-Irelands in 1905 and 1919, the only Clane person to have done that in senior football. ‘Hussey’ is also the grandfather of Marie Woods née Cribbin our current club Registrar and 53 years involved with Clane GAA, Kildare and Leinster camogie.

Who is the smiling ‘youngish’ guy in the bottom right hand corner of the cover?

He is our present club chairman who looks after developments during phase three, the new pitches and community walkway among other things.

Why are those members given priority on the cover of the book?

Because they were leaders during the 3 major club developments; phase one, phase two and the current development - phase three; the actual physical developments of the clubs facilities, pitches, buildings, fund raising etc. They were crucial to the legacy left to the people of today and all of our tomorrow's; some founded the GAA and kept the show on the road.

So, is the entire book just about Clane GAA?

No, no, no, not at all; only about 50% of it. There is a lot of local history as well as accounts of great deeds done by native Clane people who played a major part on the world stage.

Any examples of the other topics covered in the book?

It looks at the origins of the GAA, for example what is known Croke Park - the Nally stand, the Cusack stand, the Davin and the Hogan stands? All is revealed in the book.

Is there any information on camogie, ladies football, Scór? Who founded them and when?

There sure is, there is lots about all of those both at national and at local level.

Is there any reference to old Ireland, the conditions of the people in Clane and beyond at the time of the foundation of the Gaelic Athletic Association in 1884?

Yes, an effort has been made throughout to encompass the atmosphere, the sentiments of the people who did extraordinary things, the most extraordinary of which was to survive during those dark days of landlordism, unemployment, immigration, even hunger and poverty, the struggle for independence.

When will this book be launched?

Hopefully during the early days of May, if all goes according to plan.

Are there photographs in this book Pat?

Any final words for our members and the community Pat?

All are invited to fill the pavilion on the occasion of the launch; bring your extended families. Don't forget to secure some books for your friends and family members abroad (the diaspora), they love things related to home, to their native Clane. These books will make great Christmas presents. A limited number of books will be on sale on the night. All monies received will go towards Part 2 of the current (Phase 3) development, lighting up the community walkway, lights for pitches, car parking facilities, goals and nets etc. This is a must read for all newcomers interested in the history of Clane and for all the young wearers of the famed lily white jersey of the present time. I hope you find it interesting and informative.

I am certain we will Pat!

A huge thanks must go to Tim Murphy and Brookhaven Healthcare who are very kindly sponsoring the entire production costs for the book.

Stay tuned for further details on the launch date and time. 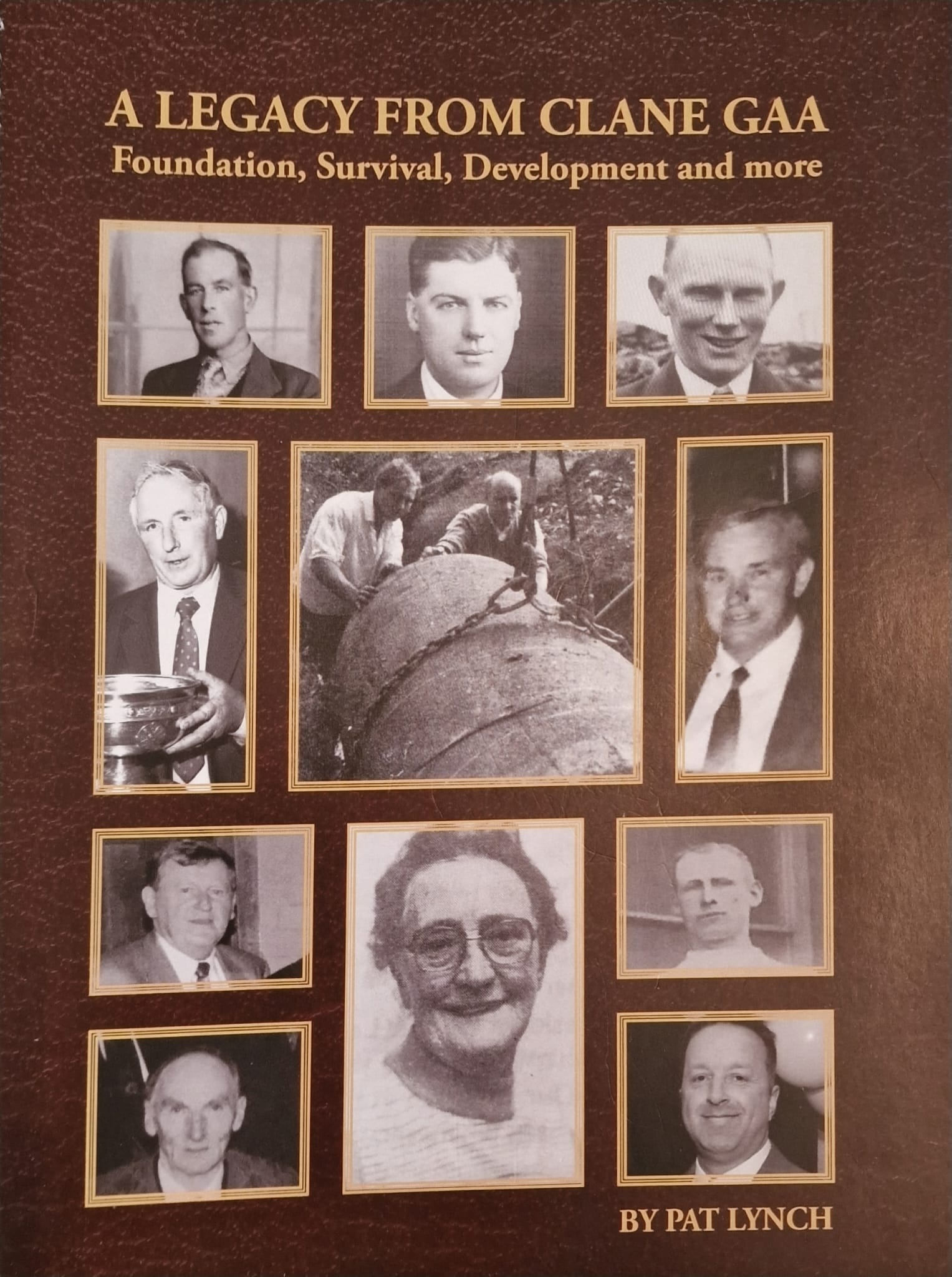 Book Launch - A Legacy from Clane GAA TONIGHT at 8.30pm

On behalf of our Walkathon organising committee led by Ge...

We would like to wish the very best of luck to Paddy McKe...

Adam Fanning wins Leinster U20 Footballer of the Year Award

Congratulations to our own Adam Fanning who was awarded t...