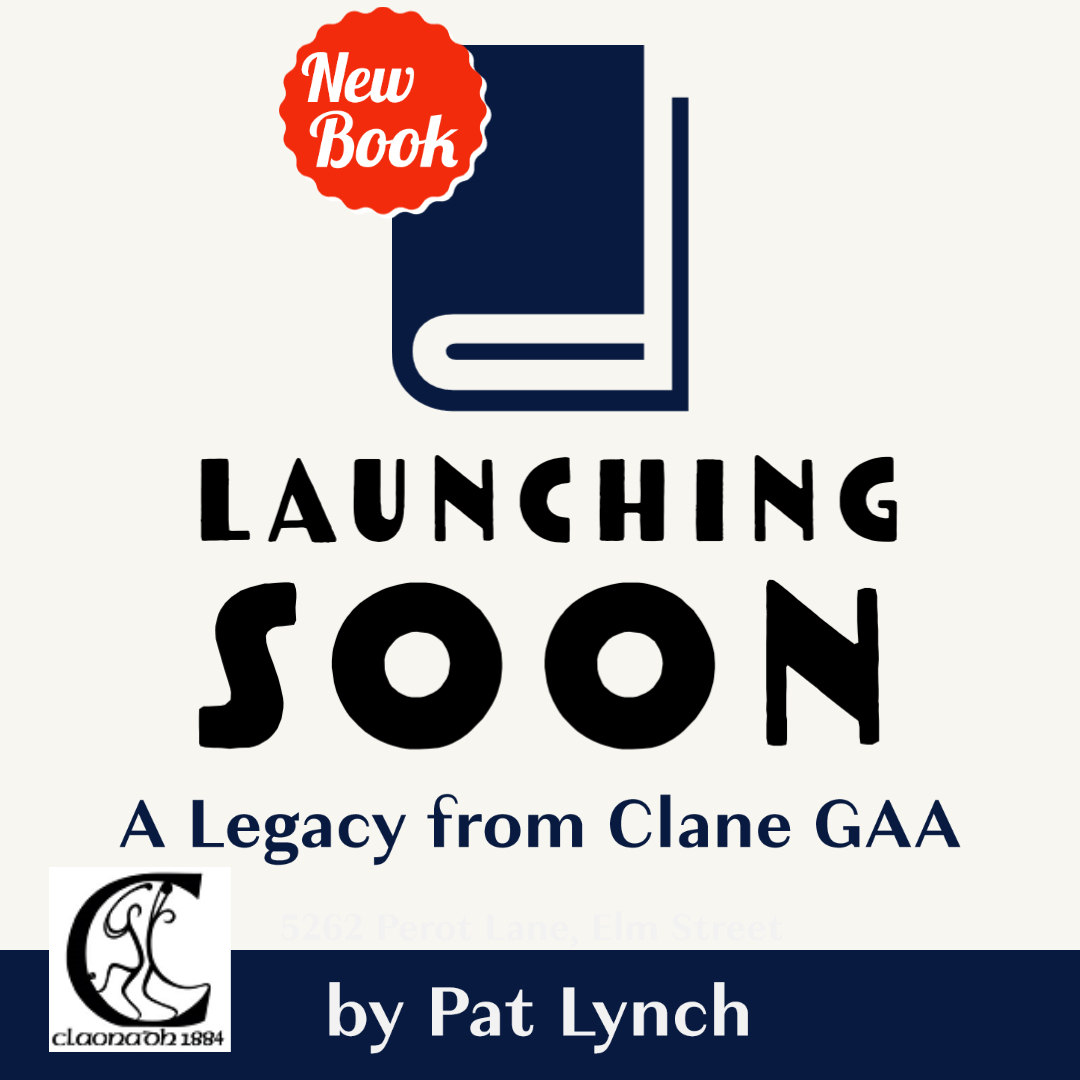 A new history of our Club called “ A  Legacy” is currently being finalised by Pat Lynch for the benefit of our current members and the wider Clane community. It is set out in four sections and will be formally launched early in the New Year in our Clubhouse.

A) The purchase of Katie Kearney’s (now Conneff Park), fund raising and physical reclamation of what was once a swamp with a “river” running through the centre of the main pitch

B) construction of the pavilion, bar, and dressing rooms

Development of the car park at a major expense, the construction of the stand and sports wall, new dressing rooms, meeting rooms and upstairs function room. The erection of nets, lights, and fencing and the purchase of 9.1 acres.

The present development of the more recently acquired lands adjacent to the “Top Field”, the preparation of a lit-up community walkway, car park, dressing rooms, toilets for players and supporters. The club needs a further €150k to complete the works, CAN YOU HELP?

Prior to any development taking place, your club was led for a full 70 years, by many who have long gone. The history of the foundation of the GAA at both national and club level will be included covering football, hurling, camogie, ladies' football and Scor. You will read about Pat Dunne, the blacksmith/ farrier who led Clane as Chairman for 20 years and Vice Chairman for a further 17 years. Pat was also the commanding officer of the local residents resistance to foreign rule in Ireland.  His name is long forgotten but will be spoken of again in Clane as will that of Chairman William Merriman, and his son Tom also a Club Chairman.

The contribution of all Chairmen, who have agreed to be interviewed is recorded. Interviews have taken place with relations of those who have passed, and their good deeds are now in print. We generally hear at funerals of the good qualities and the great deeds of the person who has passed, why not hear of them while they are still alive?

There will also be references to a few others outside of the club who have made their own contributions to the community or on the world stage.

A legacy is something that is left to others, as is Conneff Park in this case.

The printing and production costs are being sponsored by Timmy Murphy of Brookhaven Healthcare and all revenues raised from the sale of the book will be for the benefit of the Field Development Fund.

If you would like to purchase Pat's previous book Clane GAA's Golden Era (1985-2000), this is now available for sale online from our web site and ClubZap for €25. This would make a fantastic Christmas present for anyone interested in the history of Clane GAA.

Click here for further details and a link to purchase the book. 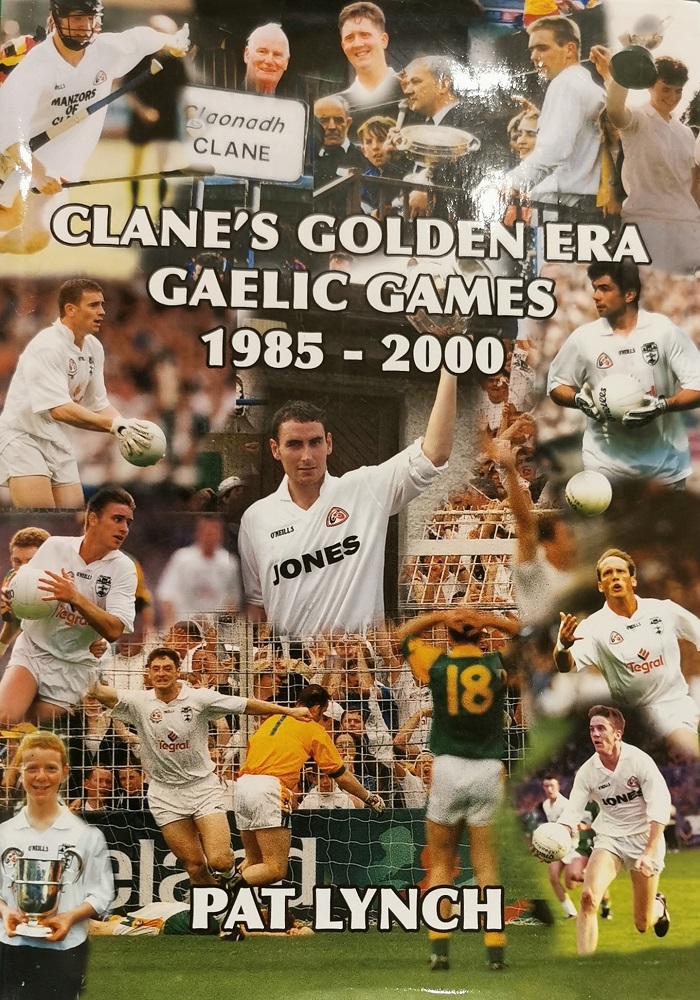 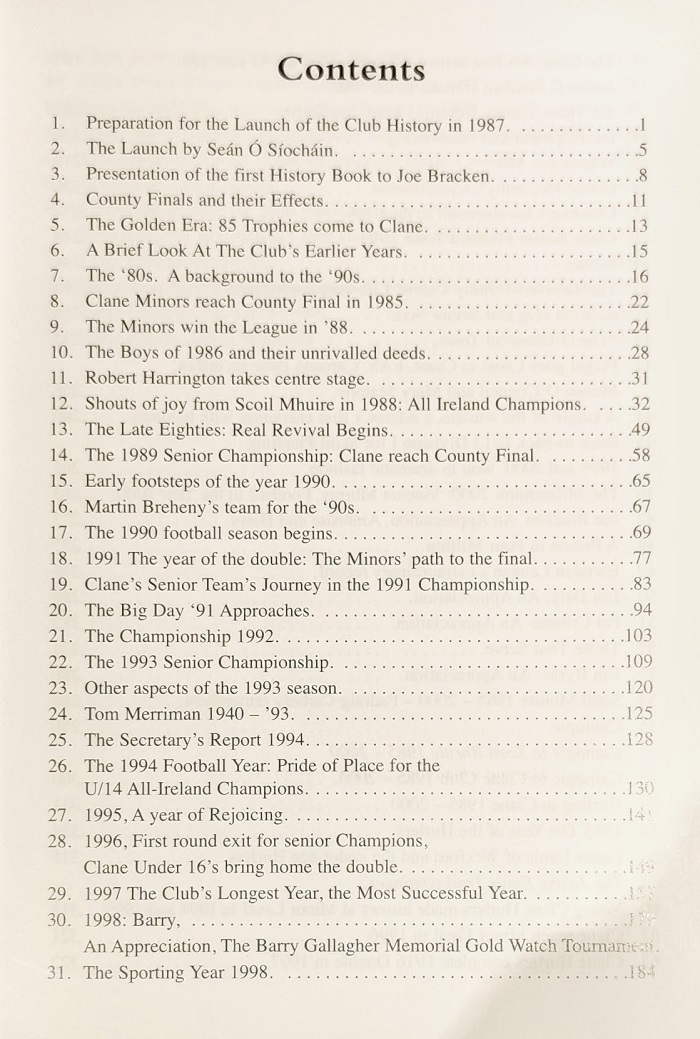 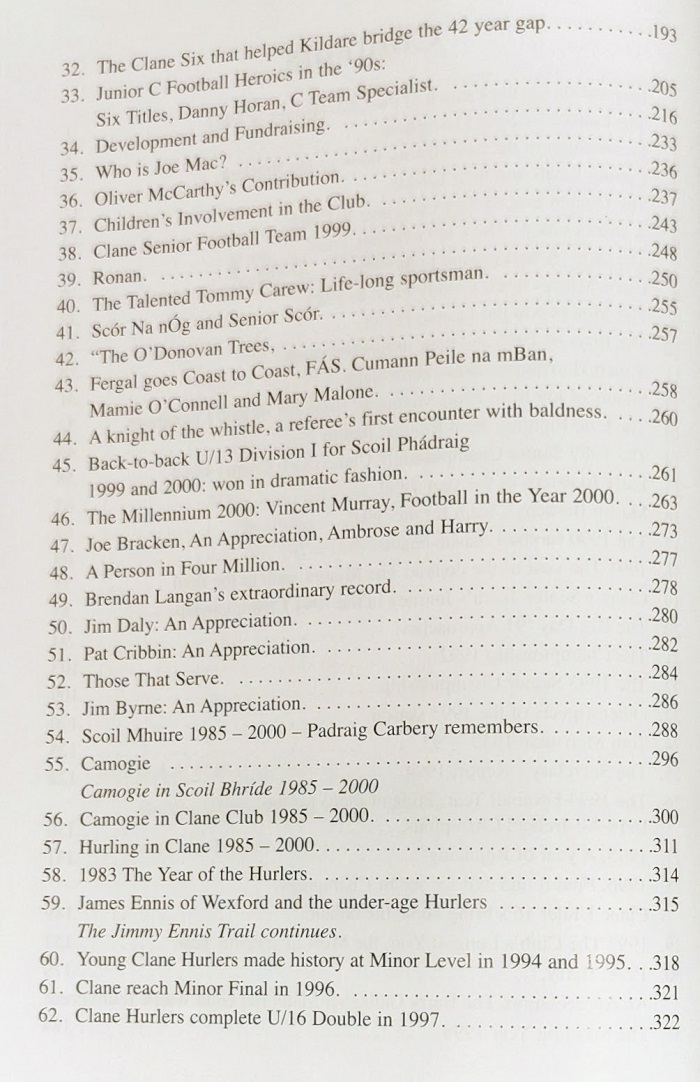 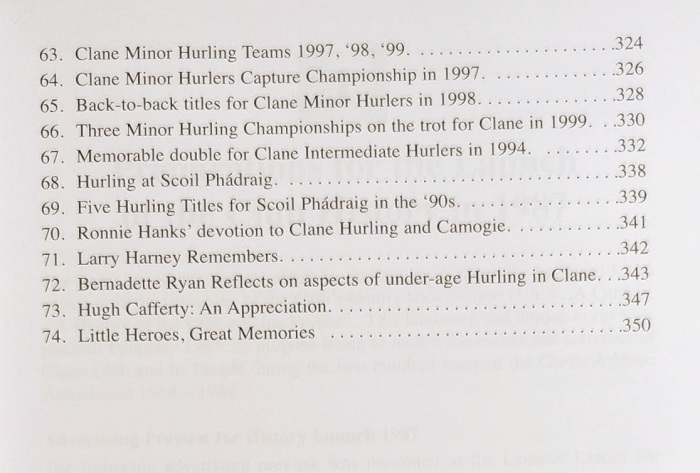 We are pleased to announce new opening hours for our Club...

Please find below the opening hours of our club bar over ...

After a very successful year Clane LGFA will hold their a...