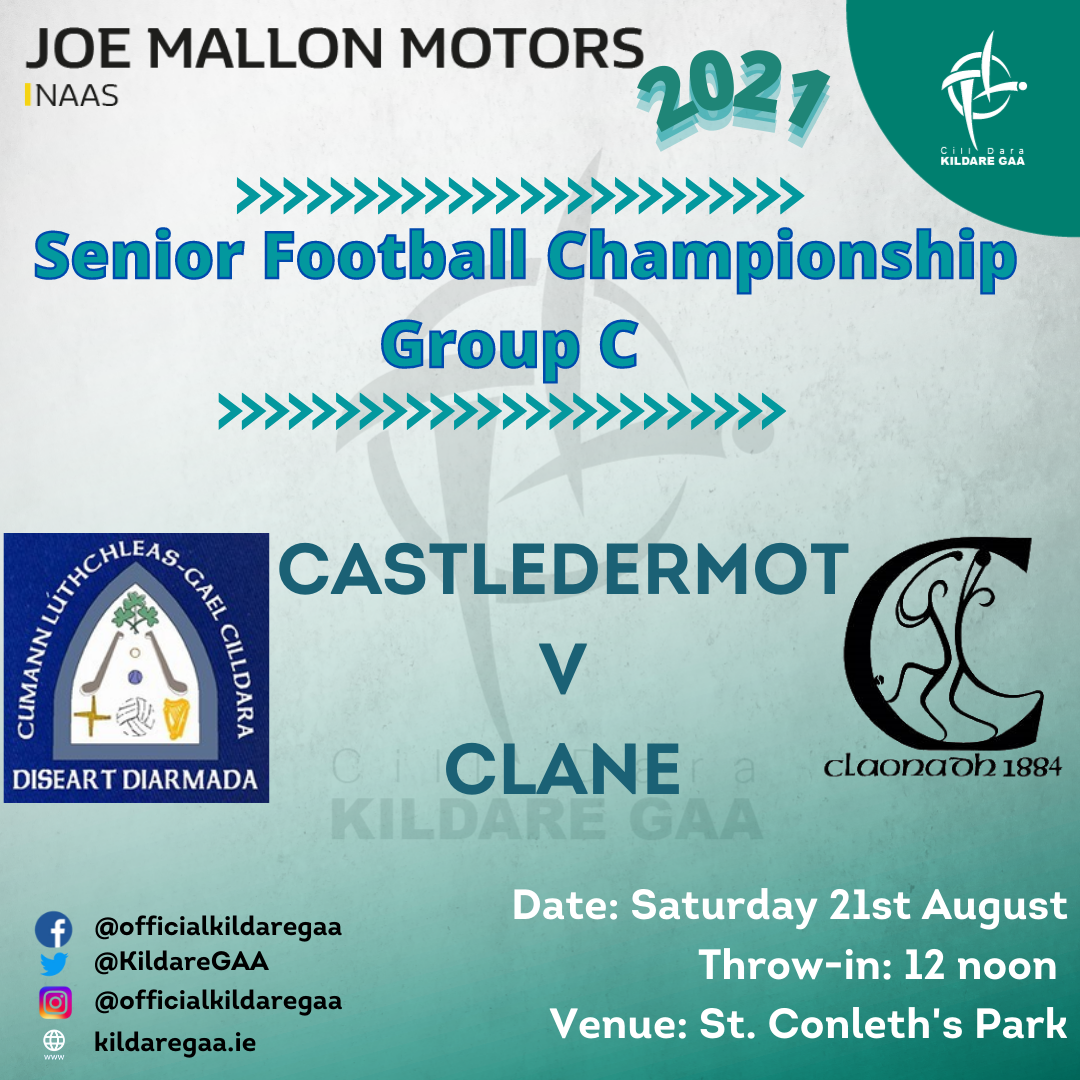 Clane and Castledermot played out an entertaining game this morning in the first Group C game of the 2021 Senior Football Championship.

Clane started brightly and opened the scoring with a Shane O’Sullivan free and a Sam McCormack effort from play. After this it was tit-for-tat, with Gavin Keating impressing from placed balls for Castledermot. Brian McLoughlin really came to the fore in the latter part of the first half, which saw him register 0-7, with 0-4 coming from play. Clane led by 0-10 to 0-8 at half time.

Castledermot began the second half very strongly, and found the net through Emmet O’Keefe after 42 minutes to put them two points ahead. Shortly after they lost goalkeeper Shane Nolan to a black card and Clane really took over during this period. Points from Brian McLoughlin, Shane O’Sullivan, Jake Devey and Paddy McKenna put Clane into an 0-18 to 1-11 lead with ten minutes remaining.

Three pointed frees from Keating brought Castledermot within a point as the game entered injury time. With Clane under pressure, team captain Cian O’Donoghue took possession of the ball within his own half, broke through several tackles as he carried the ball deep into the Castledermot half, before finishing smartly to the top right corner.

Our senior footballers secured a crucial win over Confey ...

After the completion of works by Irish Water, a series of...