Huge 8 days for Clane GAA ahead 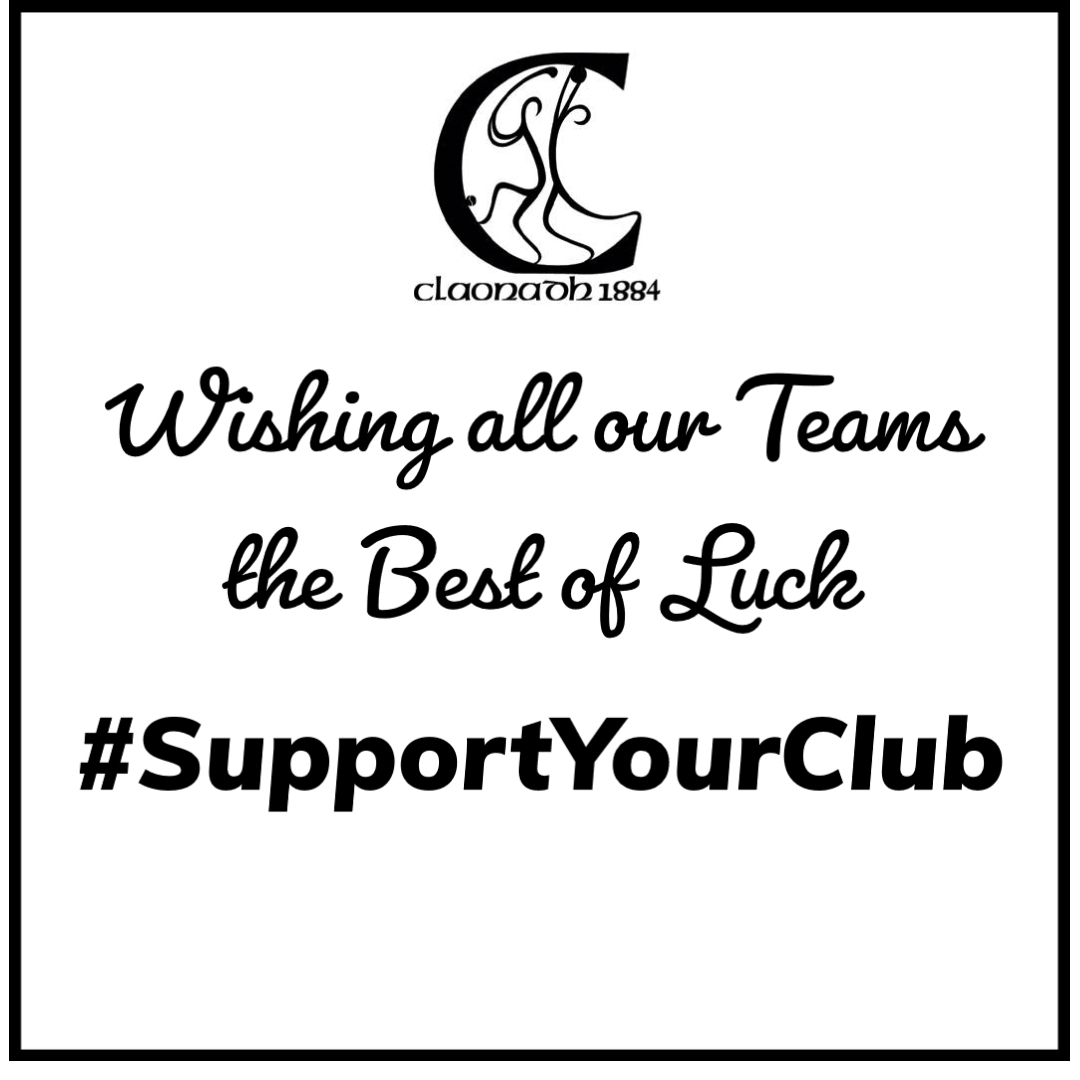 It's a big 8 days for Clane GAA and we have 5 teams participating in Championship Semi-Finals and Finals. We're calling on all of our members to get out and support our teams.

As always we publish the links to Tickets when they are available at liinks.co/clanegaa - please bookmark this link.

First up we have our Senior Bs in the Reserve A football team in the Championship semi-final against Naas this Saturday at 4.30pm in Hawkfield. Tickets are already available for this fixture on the link above. 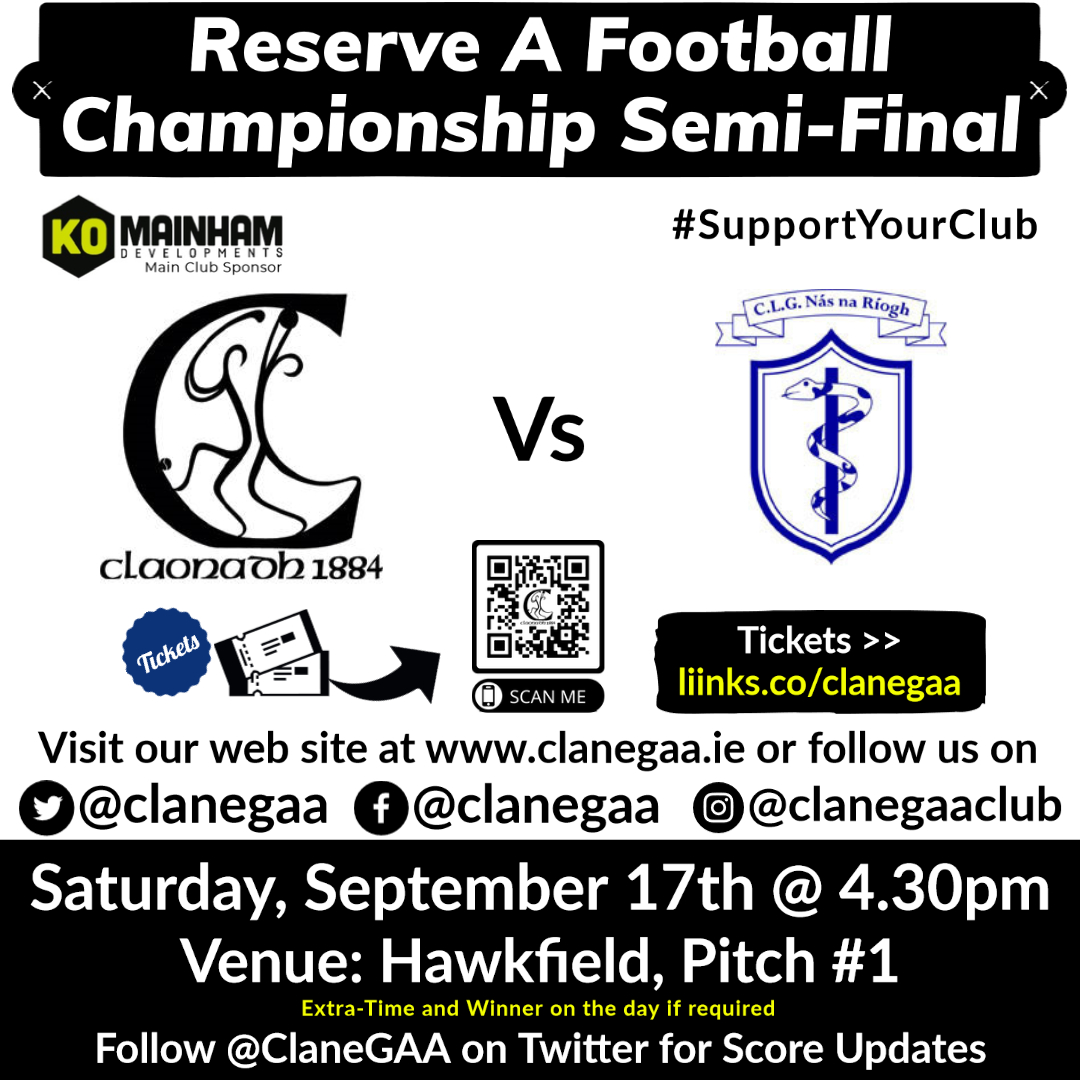 Then later tomorrow evening we have our Senior Cs in the Reserve E Championship semi-final against Carbury. Throw in is at 6pm and you can pay at the gate. 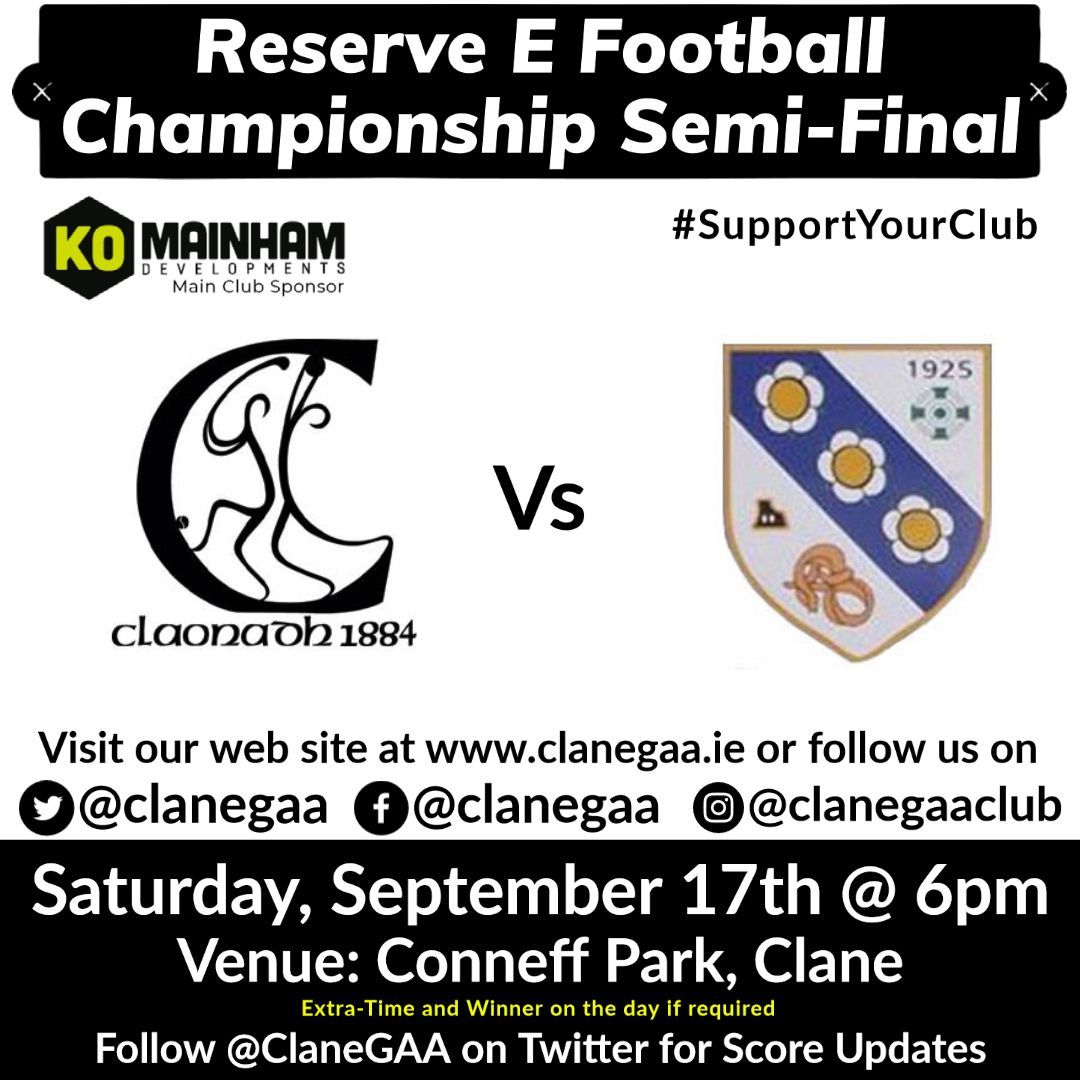 Then on Tuesday evening our Minor Footballers will face O'Tooles (Castledermot and Grangenolvin) in the B Championship Semi-Final. After losing the League Final so cruelly after extra time they will be looking to make the championship final and go one better this time around. Ticket links now available at liinks.co/clanegaa . 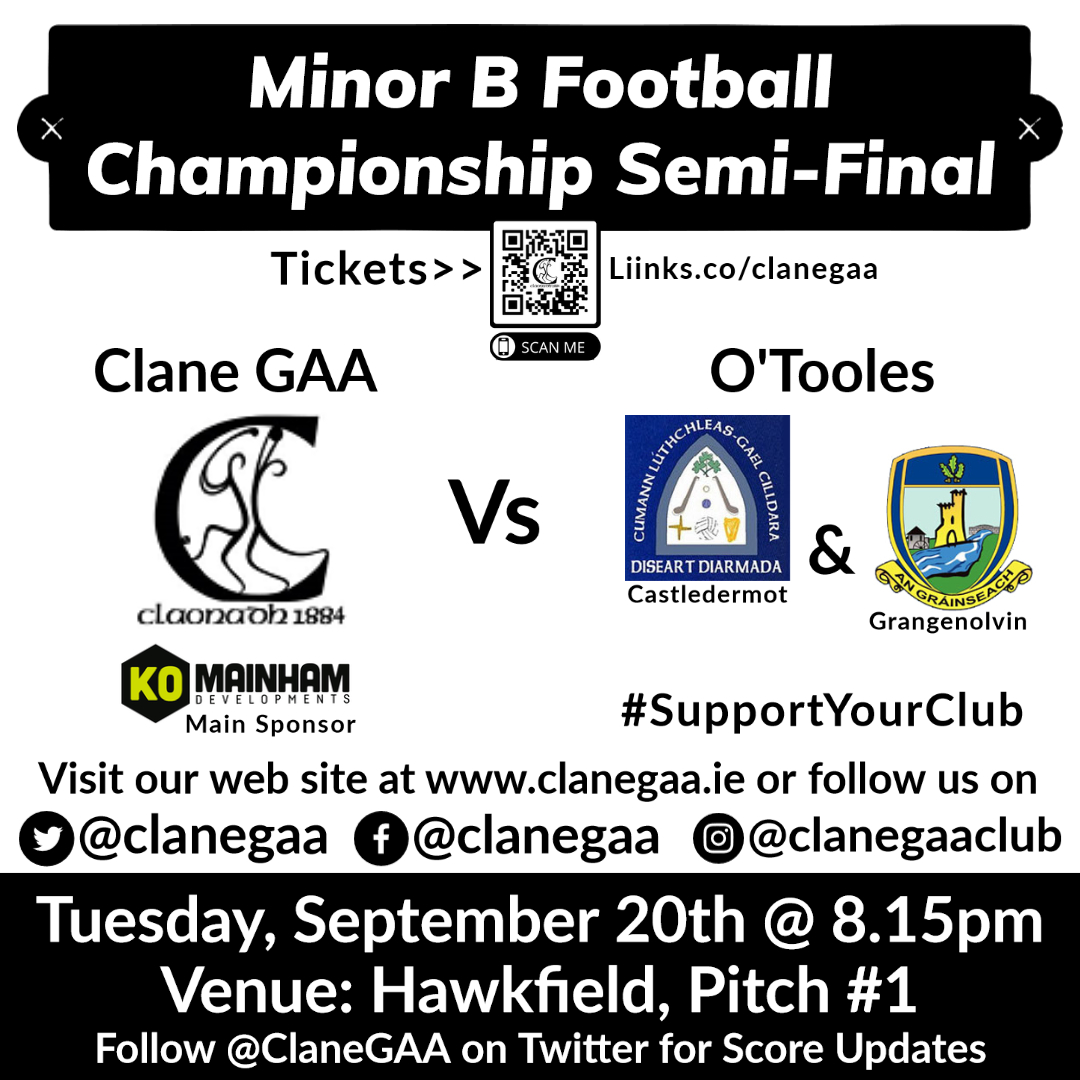 Next Saturday, September 24th our Minor Hurlers will contest the B Championship final as part of an amalgamation team with Sallins (Wolfe Tones) when they take on Broadford in St. Conleths Park with a 12pm Throw-In. That match is followed by the Senior B Hurling Championship final between Éire Og CC and Naas before the big one at 4pm. 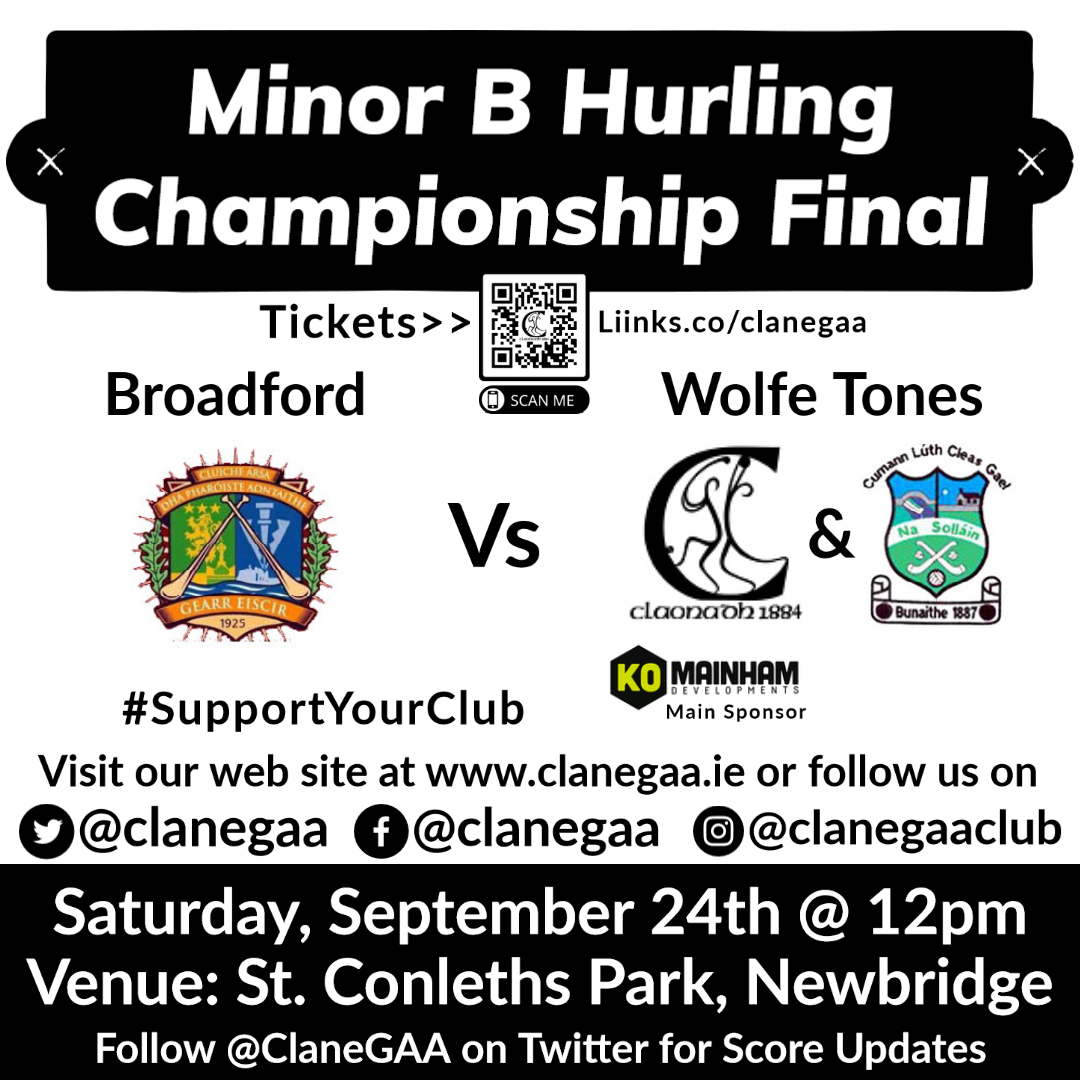 After the small ball games it's the turn of the big ball and our Senior Footballers when they take on Athy in the Championship Semi-Final. It's the biggest football game for the club in many years and we hope that the great support continues next weekend for these lads and management who have thrilled us with their performances this year to date. Ticket details should be available next Monday for these 2 matches. 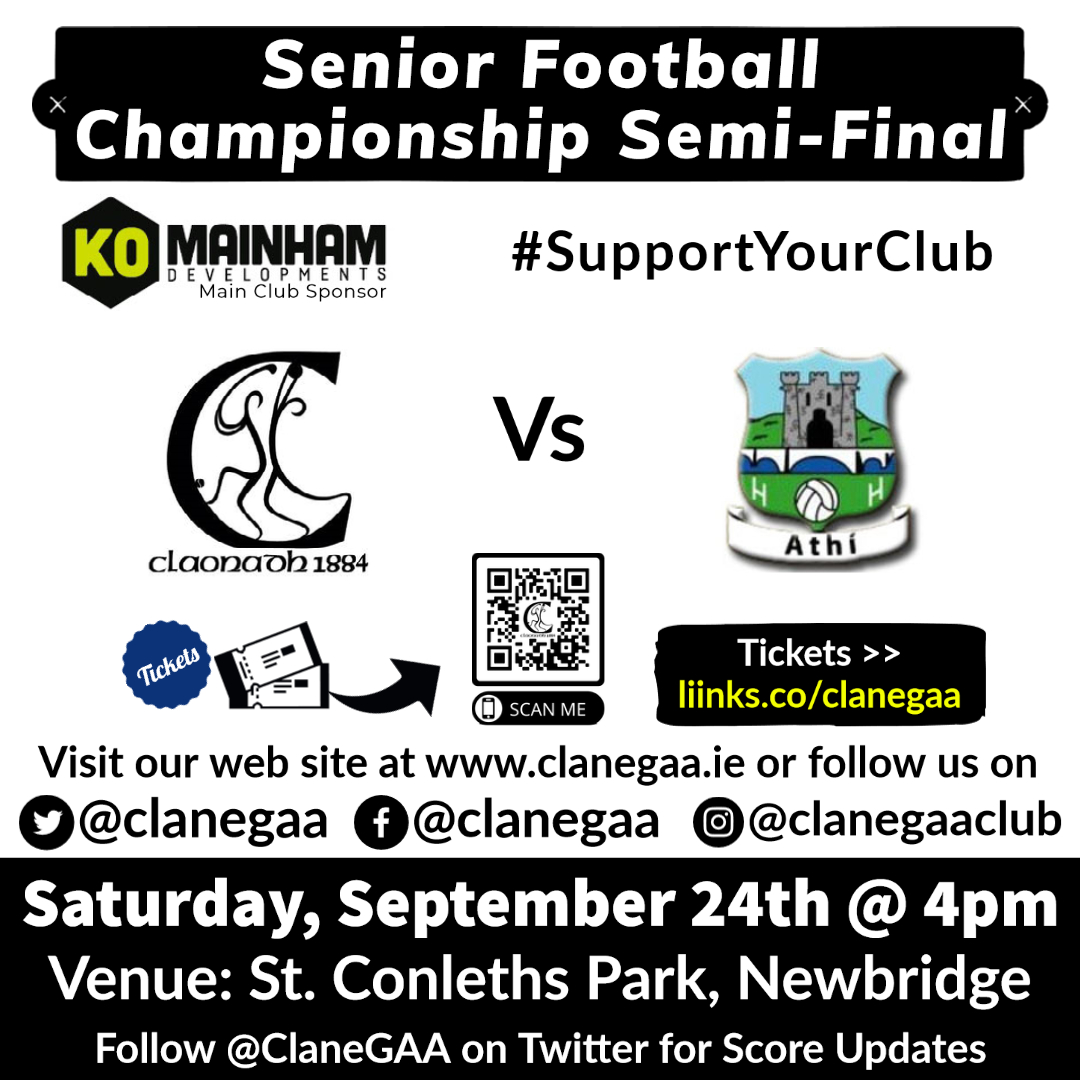 This Sunday our Junior Camogie team will play Celbridge i...

All roads lead to St. Conleths Park this Saturday

All roads lead to St. Conleths Park in Newbridge tomorrow...

After the summer break, Clane Óg Academy is back this Sat...