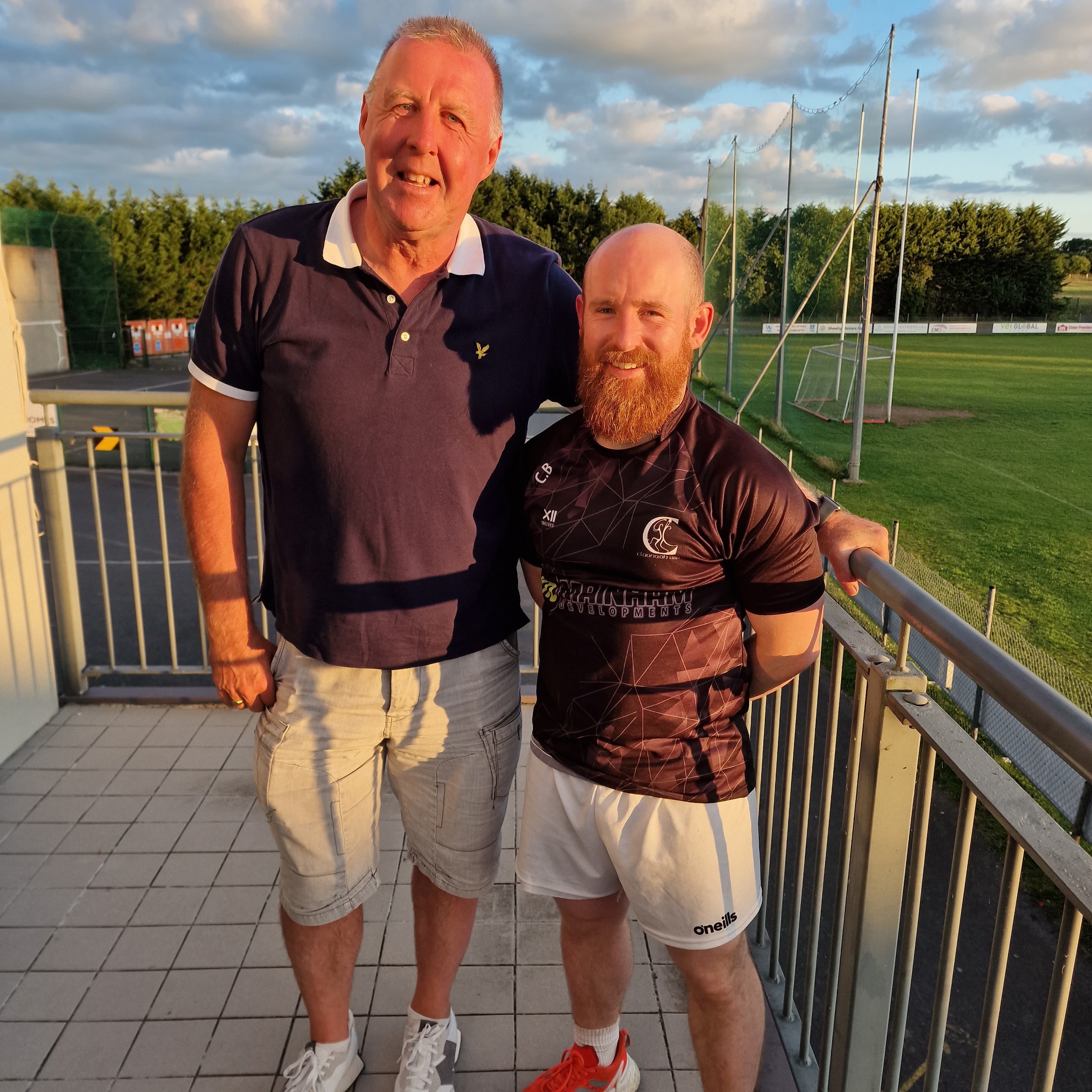 We are delighted to formally announce the appointment of our new club GPOs, Ciarán Boyle and Brian Murray. Games Promotion Officers (GPOs) are responsible for the implementation of a specific number of Games Development projects and report to the County Games Development Manager.

Many of you will already know Ciarán from ABC Gym. Ciarán comes from Kilkenny is now living in the local area and playing hurling for Clane. Ciarán has over five years experience working in a games development role in Waterford. He is a dual coach (football and hurling) and is really looking forward to his time with Clane GAA club. He has already done stellar work with our juvenile teams with regard to strength and conditioning, as well as hosting school hurling and football sessions.

Our other GPO, Brian Murray may not be as well known personally around the club but is very recognisable and known for his exploits and success on the field of play with his native Donegal. Brian was born in Ballyshannon, Co. Donegal is now living in Kilcock since 1996 with his wife Della, son Ciaran and daughter Lorna who are all involved in the club managing and playing football, camogie and hurling. Brian started playing football with his club Aodh Ruadh, Ballyshannon at u-8 right through to the Senior team, he then transferred to Civil Service, Dublin in 1989 and played there up until 1996 when he transferred to Kilcock GAA.

At club under age level he was very successful winning championships in all the age groups which was a great feeder to the Senior club team where he won two Senior club championships before transferring to Civil Service GAA in 1989.

He played minor, under 21 and Senior football with Donegal from 1980 up to 1998 and during that time won an All Ireland in 1992 playing midfield and beating the Dubs, as well as winning two Ulster medals in 1990 and 1992, two Railway cups playing with Ulster and was nominated a couple of times for All Stars.

In conversation with Brian he is very excited about the role..

"Football has been so good to me for many years and when this opportunity arose I took it and I am so glad that it was Clane GAA Club that I was asked to work with as a Games Promotion Officer. Since I started I have been made so welcoming by everybody involved with the club and going forward I hope I can help and assist as best I can with all the coaches but most of all with all the young boys and girls in the club playing our games going forward. Thanks."

We know that we can count on our coaches to provide their full support and cooperation with the new GPOs and we wish them all the very best of luck in their new roles.

Dear Clane GAA Members,We would like to take this opportu...

In preparation for the upcoming U12 Football and Hurling...

As many of you will have noticed - the club development w...