U9 Girls Trip to Croke Park 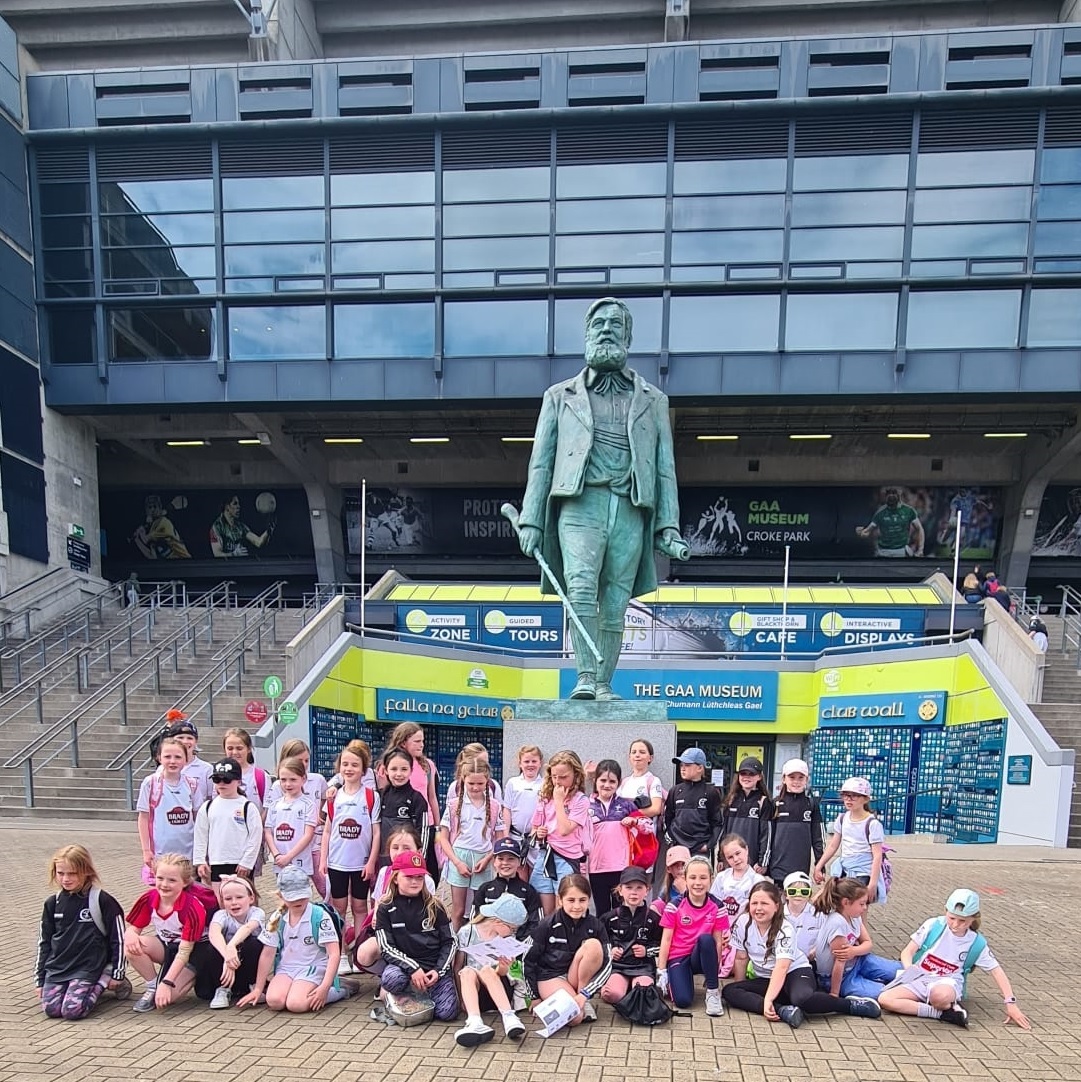 On the morning of Saturday the 28th of May, weeks of planning and preparation came to fruition as 38 excited 8 and 9-year olds prepared to leave Conneff Park Clane for their trip to Croke Park. Luckily the sun was shining so raincoats could be left behind and sunblock could be applied. A busy day of activities had been planned, with the highlight being the double header Leinster final, seeing both the ladies and men's finals played on the same day for the first time ever. 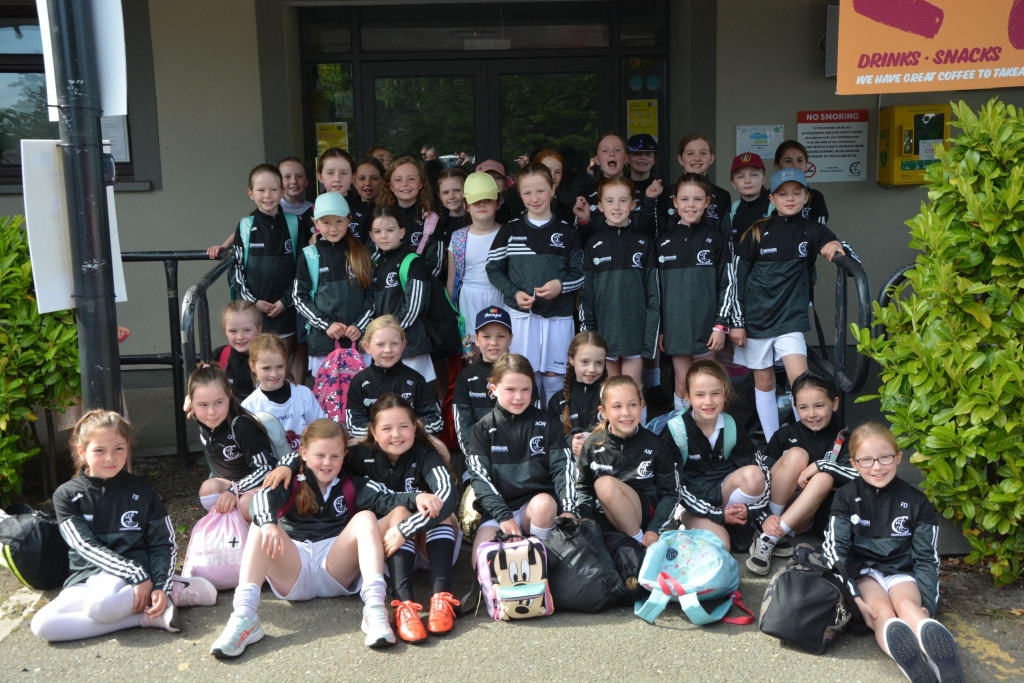 As the Lilywhite bus pulled away there was lots of chat about what lay ahead; the singing and cheering would come later. This particular panel of footballers love playing matches and after leaving Clane GAA the bus made its way to Erin's Isle GAA club in Finglas. The home club gave a great welcome and the girls were no sooner off the bus than they were split into 4 teams and played 3 matches. Great tussles were had and the Clane girls held their own against the girls from the capital. The historians reading this will remember that it's 25 years since these clubs contested the Men’s Leinster Senior club final. 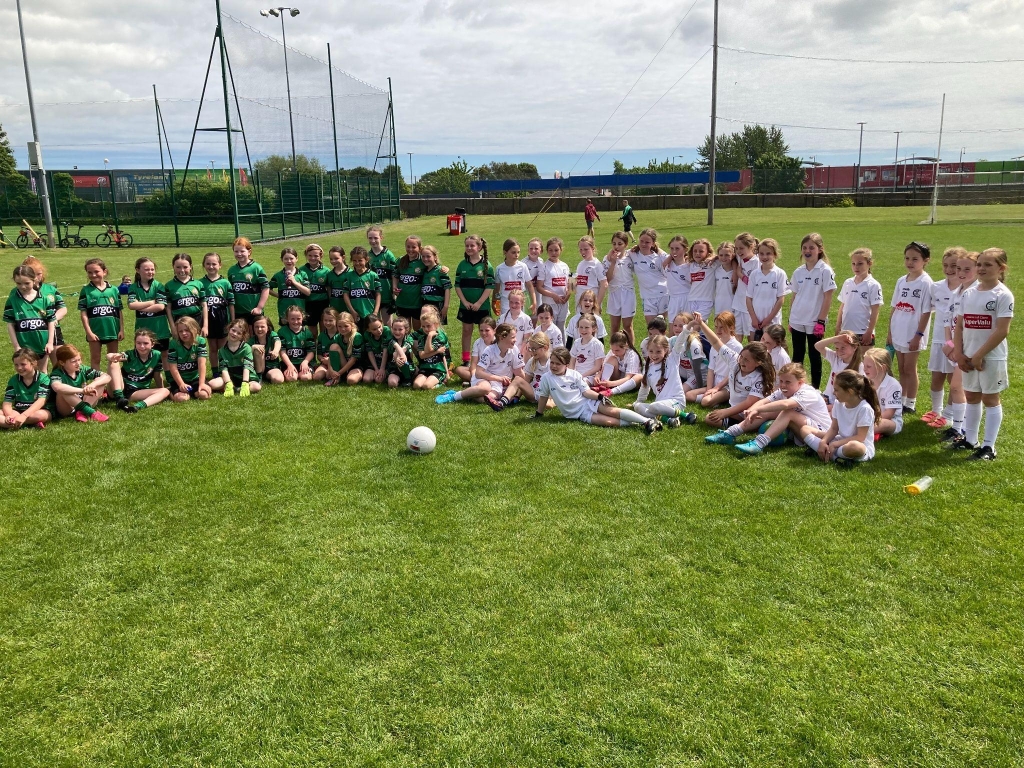 There was no time to lose, so everyone boarded the bus and set course for the Skylon hotel to refuel. A fine feast was eaten, including ice cream, which set us all up for the afternoon. Before leaving, a guest of honour joined us in the shape of the LGFA president Micheal Naughton, who said a few words to encourage the team and wish them a successful day. The first party pieces of the day were delivered before leaving the hotel and this really got the atmosphere and spirit going ahead of arrival at the stadium. 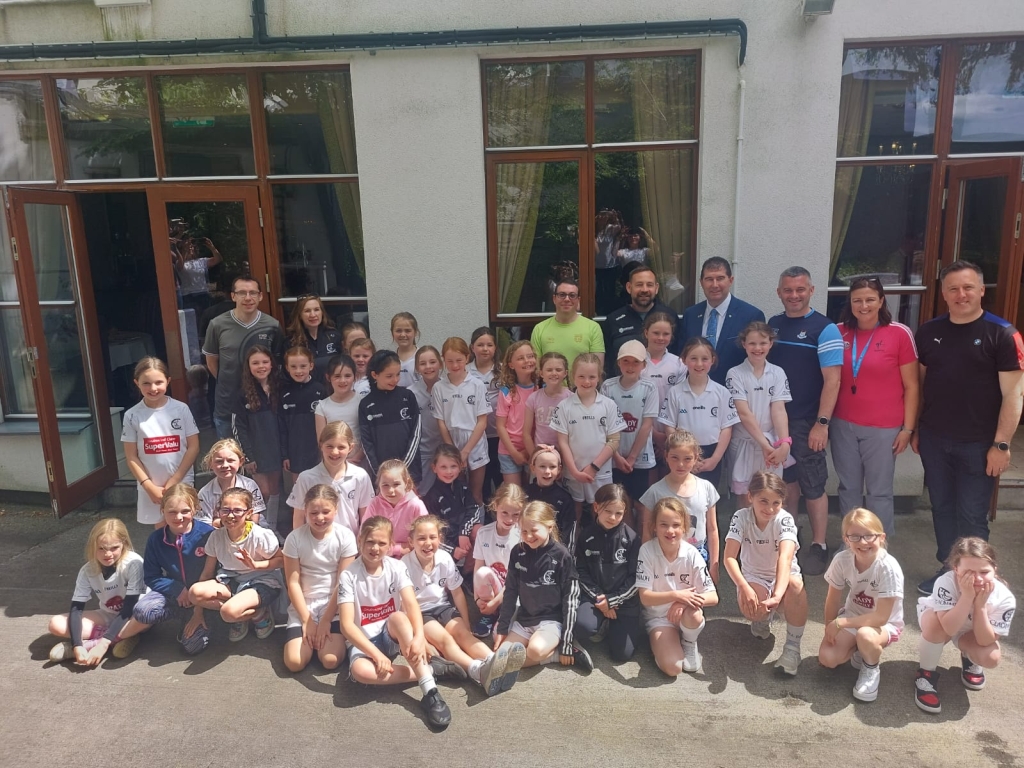 Keeping in our pre-arranged pods the group made its way to the Cusack stand and although some of the girls had been to “Croker” before, for many it was their first time at the home of the GAA. The Ladies final was a close affair, with Dublin coming out on top. There were fine skills on display and I am sure the Clane U9s were taking notes for next week's training.

The men's game came quickly as the girls busied themselves with headband making and a county colours challenge in between the two matches. There was delight in the crowd especially in block 310 at being able to support their own county on the big stage. Unfortunately, the match didn't go to plan for Kildare but the girls did sing and chant their support for the men in white. 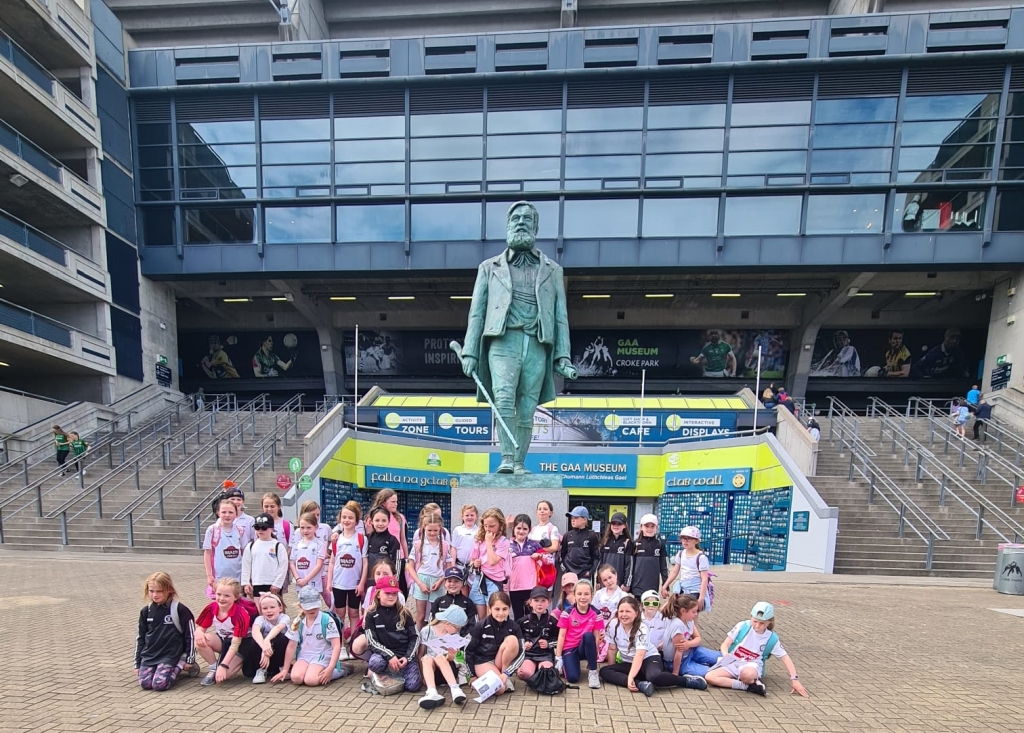 Back in pods and a rendezvous with the bus meant we were on the road home soon after the final whistle. The singing really started on the way home and you would think KIldare had won if you heard the team singing in full voice. It was a long day and the bus arrived back at the club just before 8pm - but a great day had been enjoyed by all. Tired but happy was the mood as everyone went their separate ways. No doubt the girls were inspired by seeing some great intercounty football in Croke Park and I have no doubt some of them will grace that stage in the years ahead.

Many thanks to all the parents who helped support the trip and to Erin’s Isle for providing us with the challenge match. The coaches are pleased that all the hard work which went into arranging the day was appreciated so much by everyone.

Many thanks to John Glynn for this report and photos - a great day out for the girls and creating lots of memories. Well done all.

Clane GAA are delighted to host the 2022 John West Féile ...

On behalf of all at Clane GAA we would like to express ou...

Clane LGFA Mini All-Ireland 2022 It was an idea conceiv...