Clane GAA - Jubilee Presentation to the Team of 1995 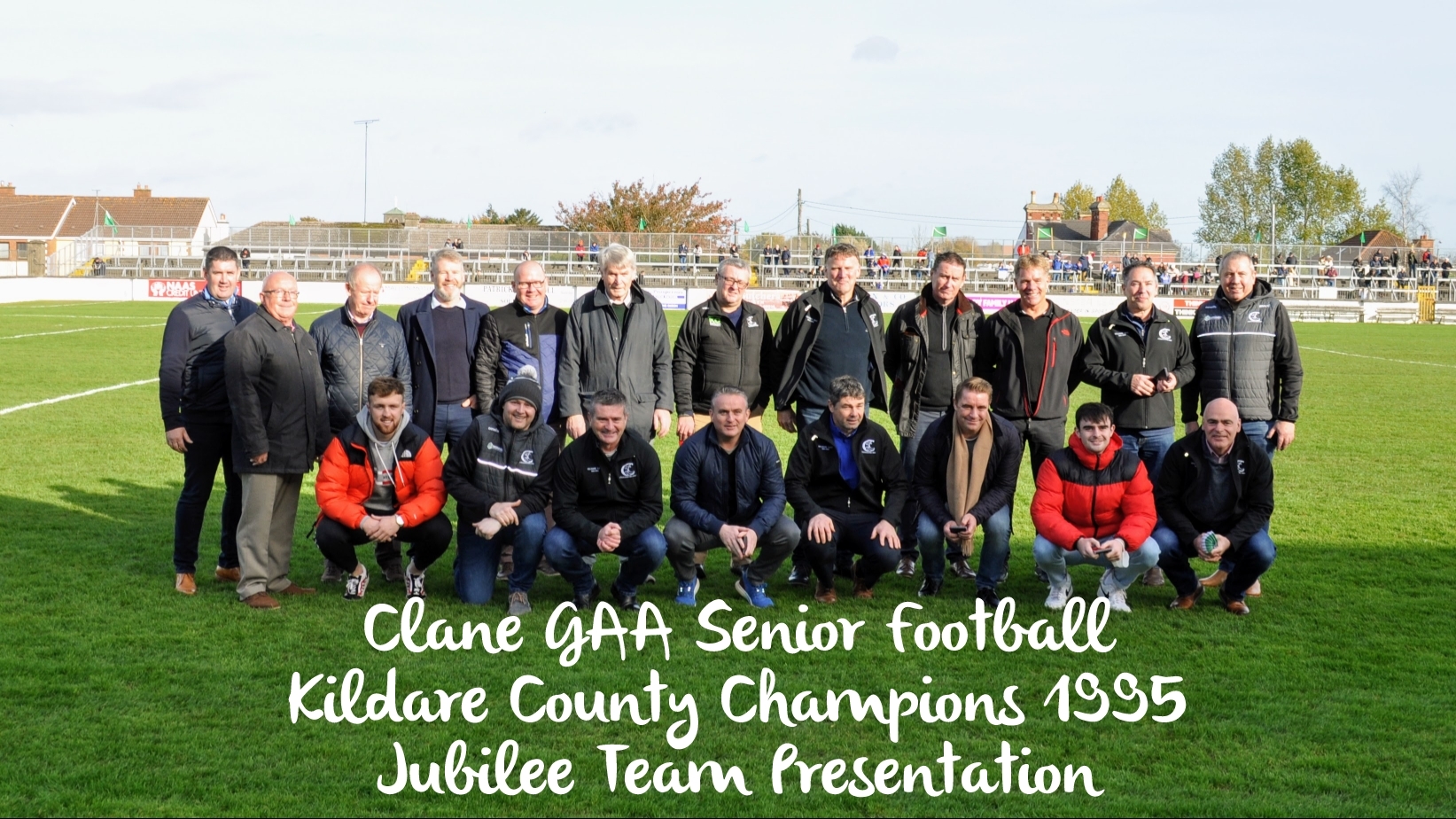 Many players were present and those that could not be there were, where possible represented by friends and family members.

Find below an article we put together with the help of Pat Lynch, a fountain of knowledge on the history of our great club and we look forward to his new book which will be published in the new year which will acknowledge all of the great work done down through the years by the men and women of Clane to build the club we enjoy today. Many thanks Pat! Additional photos available on our Facebook - click here.

*Celebrated at the Kildare County Senior Football Final on November 7th, 2021 (one year late due to the Covid pandemic) 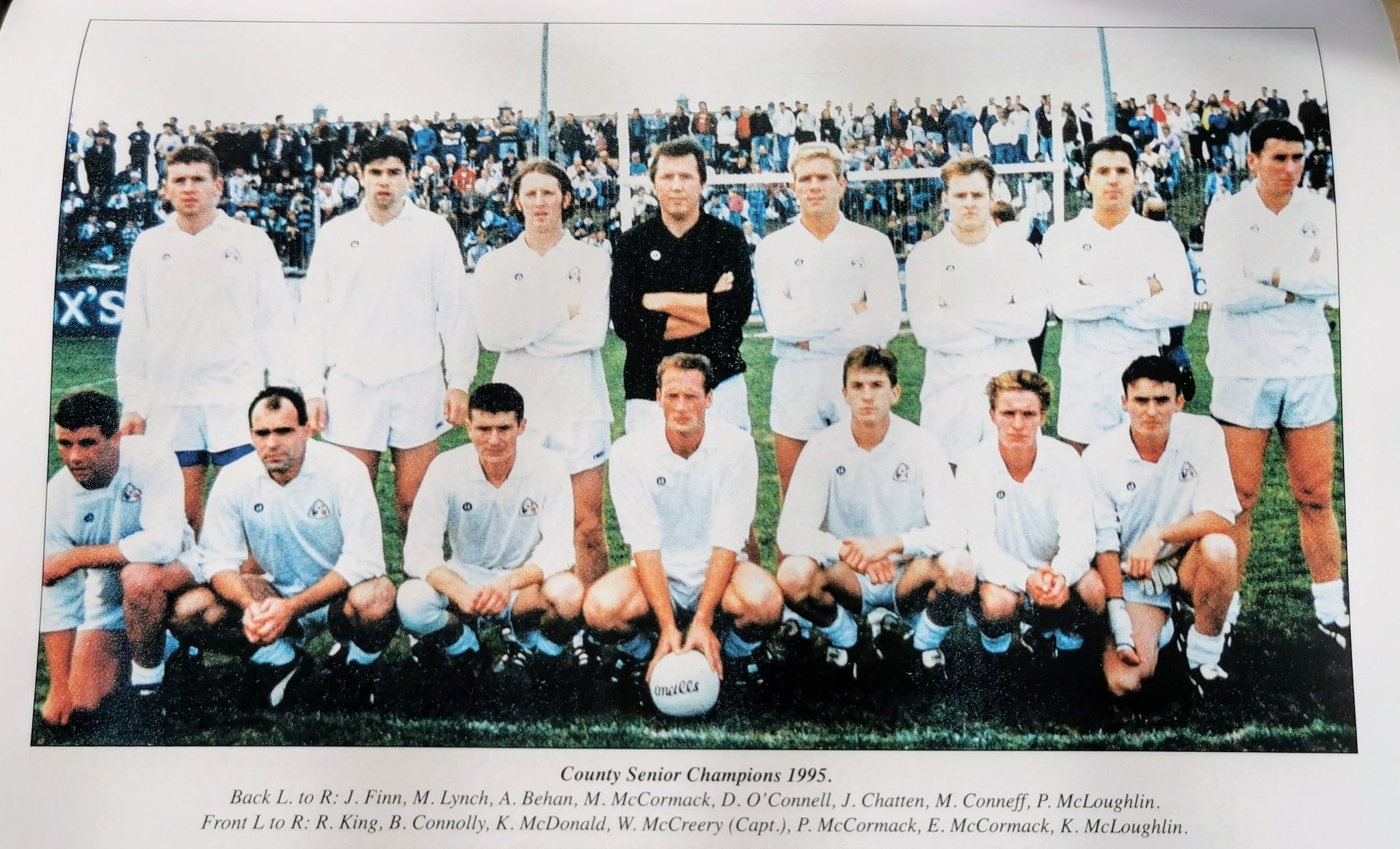 We published a full set of photos from todays presentation on our Facebook - click here to view all the photos.

Sincere thanks again to Pat Lynch for his help and contributions in putting this article together for Kildare GAA as part of the Jubilee presentation to our 1995 Senior Football Champions.