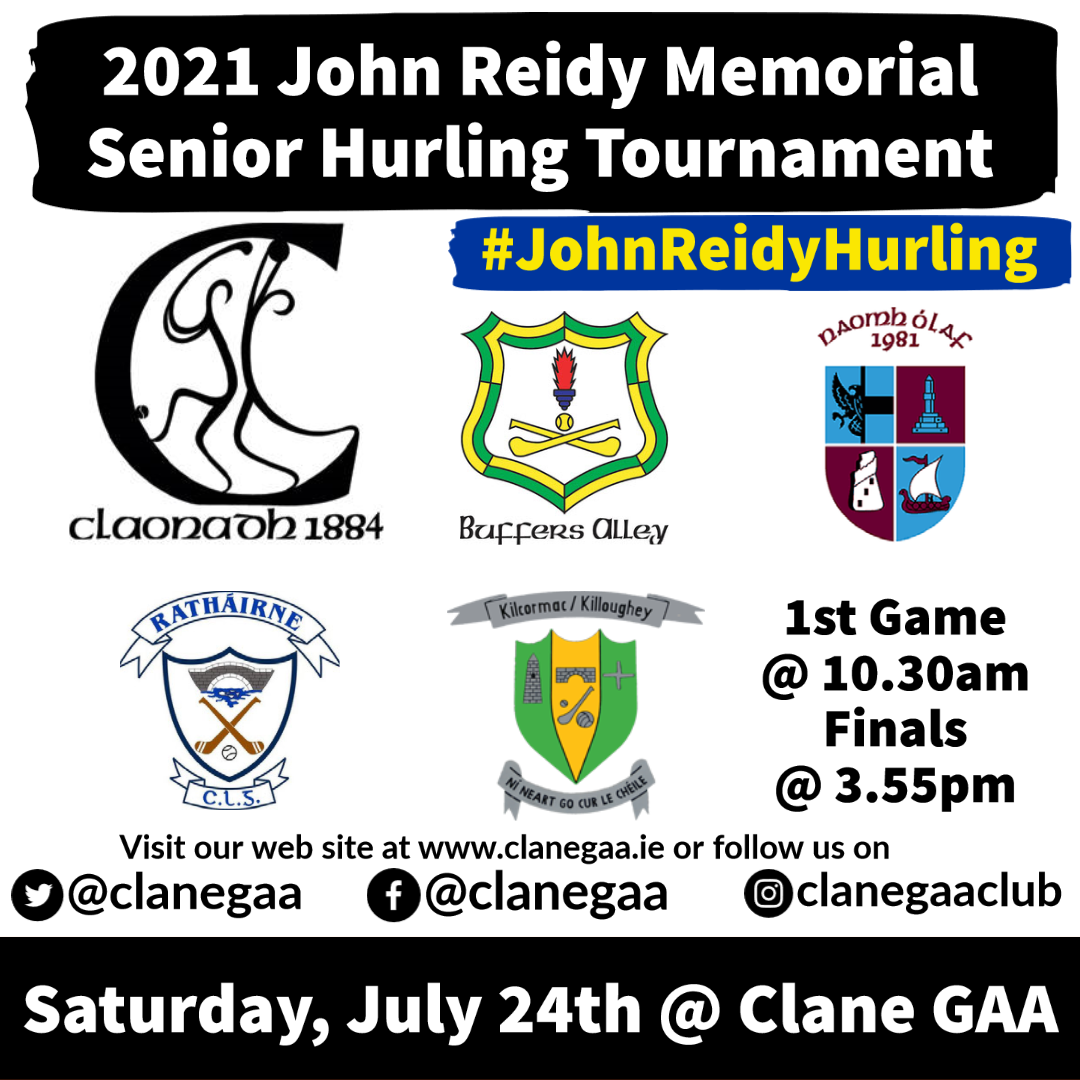 5 teams have been confirmed for this Saturday's 2021 John Reidy Memorial - Senior Hurling Tournament. Unfortunately due to fixture clashes Camross, Lucan Sarsfields and Burgess have had to withdraw leaving us with 5 teams competing; Clane GAA as host club plus Naomh Olaf (Dublin), Kilcormac/Killoughey (Offaly), Raharney (Westmeath) and Buffers Alley (Wexford).

It all kicks off at 10.30am on Saturday morning with the cup and shield finals taking place at 3.55pm in the afternoon. The finals will be followed by the trophy presentation for shield and cup winners along with the ‘John Reidy Memorial player of the tournament’ awards sponsored by Larry Harney Bog Oak .

The tournament format is outlined below.

We will continue the build up to the tournament with a profile of each team over the next few days - keep an eye on our web site at clanegaa.ie or download our mobile app ClubZap. You can also follow us on Twitter @ClaneGaa, Facebook @ClaneGaa and Instagram @clanegaaclub or follow the hash tag #JohnReidyHurling across your favourite social media 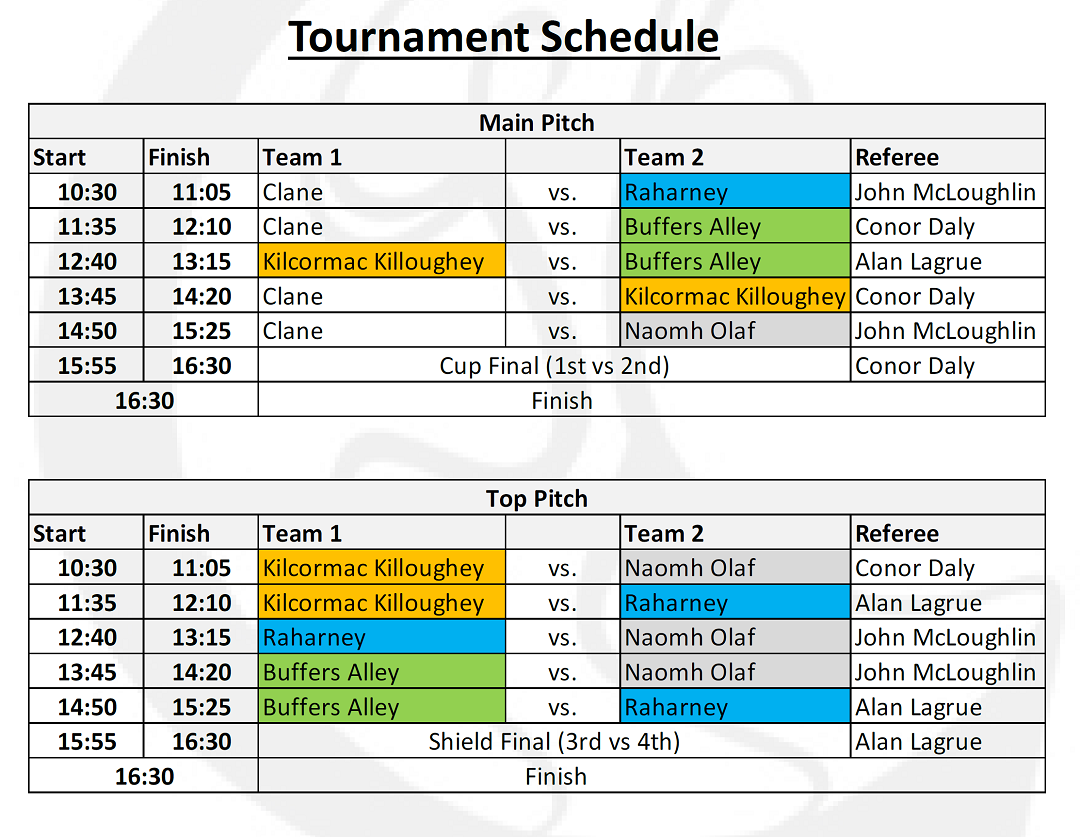 It's a very busy week for club and county with 3 finals a...

A limited amount of Match Tickets are available from the ...

Advice for Visiting Teams and Spectators

Ahead of this Saturdays John Reidy Memorial - Senior Hurl...