U12 Footballers victorious out West! 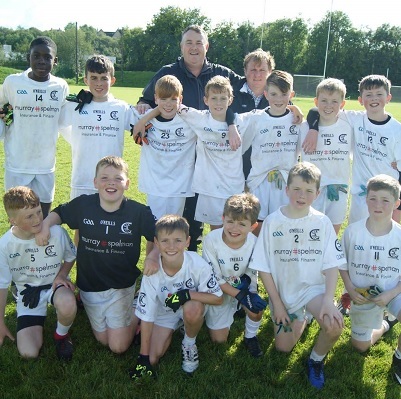 Our mighty U12s were invited to participate in a football blitz in St Mary's, Carrick on Shannon last weekend. There were some very well known and illustrious clubs participating and competition was top class. We left Clane Gaa at 7.30 am for the trip to Carrick with over 30 players on board the bus. We entered 2 teams - in the cup and in the shield competition. They each played 3 round robin games and both made their respective semi finals with some great displays along the way. The quality went up a notch at the semi-finals stage but both teams stepped up to the plate and not only won their semi-finals but they both also won their respective finals beating teams like Castlebar and Corofin along the way. In total there were 16 teams from 6 different counties. The blitz was extremely well organised and the atmosphere was very friendly throughout.

It was a great experience for our U12s to travel as one big group and have the opportunity to show off their hard earned skills in Leitrim in the lily white jersey, getting plenty of games and excelling! However, more importantly they all had great fun; they are a credit to their club and their parents and they all got on so well together away from home. The bus journey was great craic with plenty of banter and a few songs thrown in. They had a well earned 'steak' en route home in burger king and it was great to see so many parents travel up to see their young men play. Great support as always!

We would like to thank Fergal Reyonlds (brother of Dermot) and his fellow organisers for the invite and the warm hospitality. We couldn't have been looked after any better. Thanks too to the coaches for giving up their Saturday to ensure the boys had a great day and continue to develop their game.

Great memories for these mighty young men, a day they will remember in many a year to come. See below for team photos with the cup and shield. 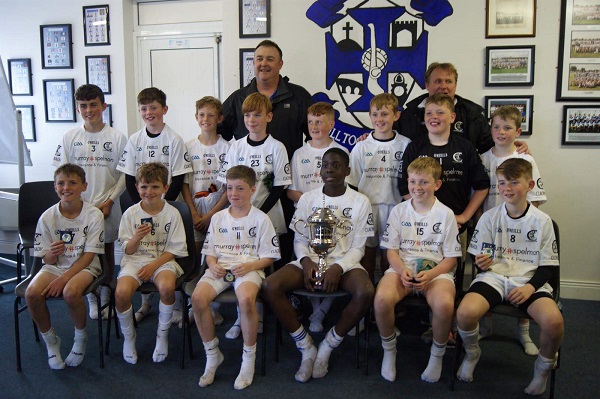 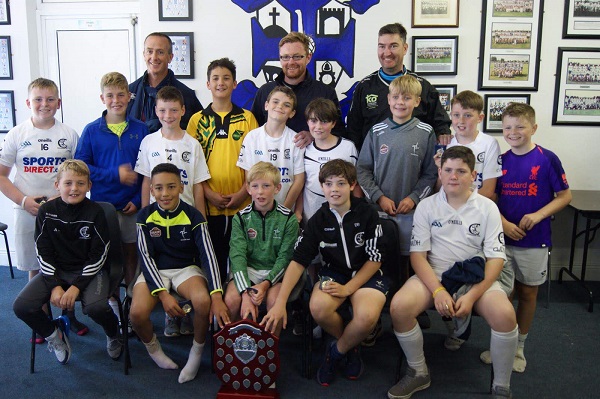