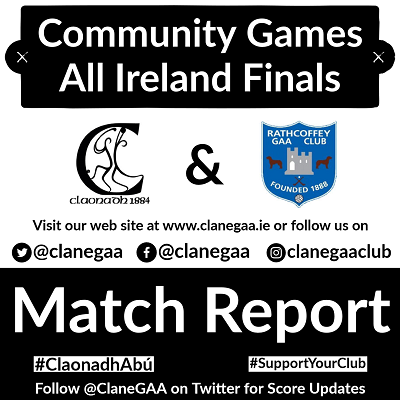 Last weekend our U11 Clane & Rathcoffey hurlers proudly represented their clubs, their county and Leinster in the Community Games All Ireland finals series held at the University of Limerick campus.

They had been crowned Leinster Champions back in July with a victory over Carlow champions Slaney Valley and progressed to the All Ireland finals weekend.

First up on Saturday morning, they took on Bawn Latton from Monaghan in the All Ireland semi final and the boys put in a top notch performance, dominating from start to finish to progress to the All Ireland Final later that afternoon where they would face Aglish (Waterford) who beat Knocknagoney (Roscommon).

The final was nip and tuck all the way and Clane & Rathcoffey took the lead heading in to the last quarter. However, Aglish with the wind at their backs in the final quarter took full advantage of the conditions and were that bit more clinical to run out deserving winners by 3-12 to 1-7.

So our young men had to settle for an All-Ireland silver medal which is still a tremendous feat and we are very proud of them for progressing so far!

Congratulations to the all the players and to their coaches Fintan Doran, Shane O'Neill and Joe Muldoon.

Special thanks to all the parents for their tremendous support throughout the summer. 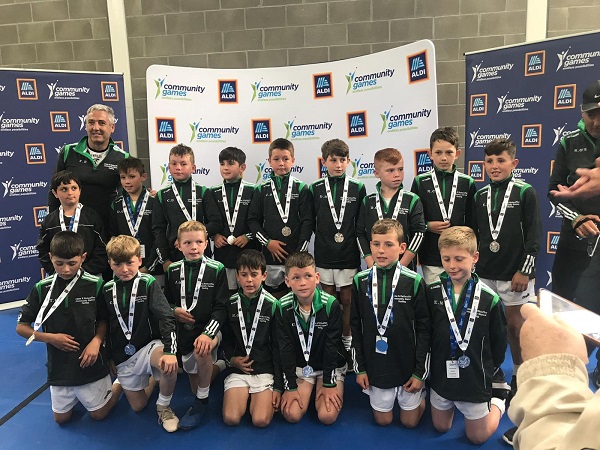