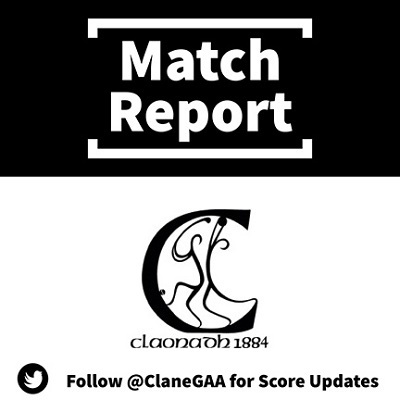 On Saturday last at a sunny Hawkfield, Clane overcame Leixlip to win the U12 Div 1 Football Championship Shield in a high scoring match with non stop end to end action. The final score of 8-10 to 3-11 doesn't tell the whole story as this was a very close game between two very evenly matched teams.

Clane started this final short of quite a few regulars and were under pressure from the start against a new look Leixlip team. Clane were lucky to be only a point down at half time and the short whistle for half time couldn't come quickly enough for them as Leixlip were gaining a stranglehold on the fixture.

At the start of the 2nd half Clane quickly jumped into the lead and it looked like the storm had been weathered but Leixlip quickly got back in their groove and notched a couple of goals and tagged on a few fine points with them to go 7 points up and put real daylight between the teams for the first time in the game.

Clane however responded showing real character; working incredibly hard despite having only 1 available sub they managed to find another gear. Their effort was rewarded and the goals started to flow from both Tami eko Davis who continued his hot streak raising 3 green flags and the in form Harry Reid who notched 2-3. Clane were right back in it and in the last 8 mins Clane scored a total of 5 goals including great goals by Daragh Macaneney and Sean McGinn. After they got in front they never relented and maintained a huge effort all over the pitch to repel a Leixlip fight back. They emerged deserving winners of a fine game worthy of the final. Sam Farrell was the team captain and proudly lifted up the shield in front of a large following from Clane of parents and grandparents. The team and families then headed back to Clane stopping off at McDonalds in Naas for a small celebration! 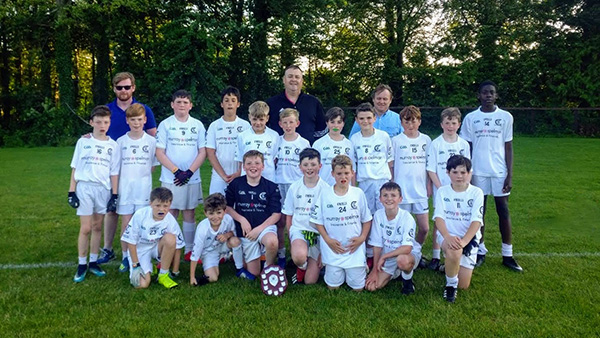 Clane GAA are delighted to announce we are going virtual ...

Clane Gaa Roar for Ruairí fundraising appeal wants you to...

During these difficult times it's important to remember t...

In line with latest recommendations and instruction from ...